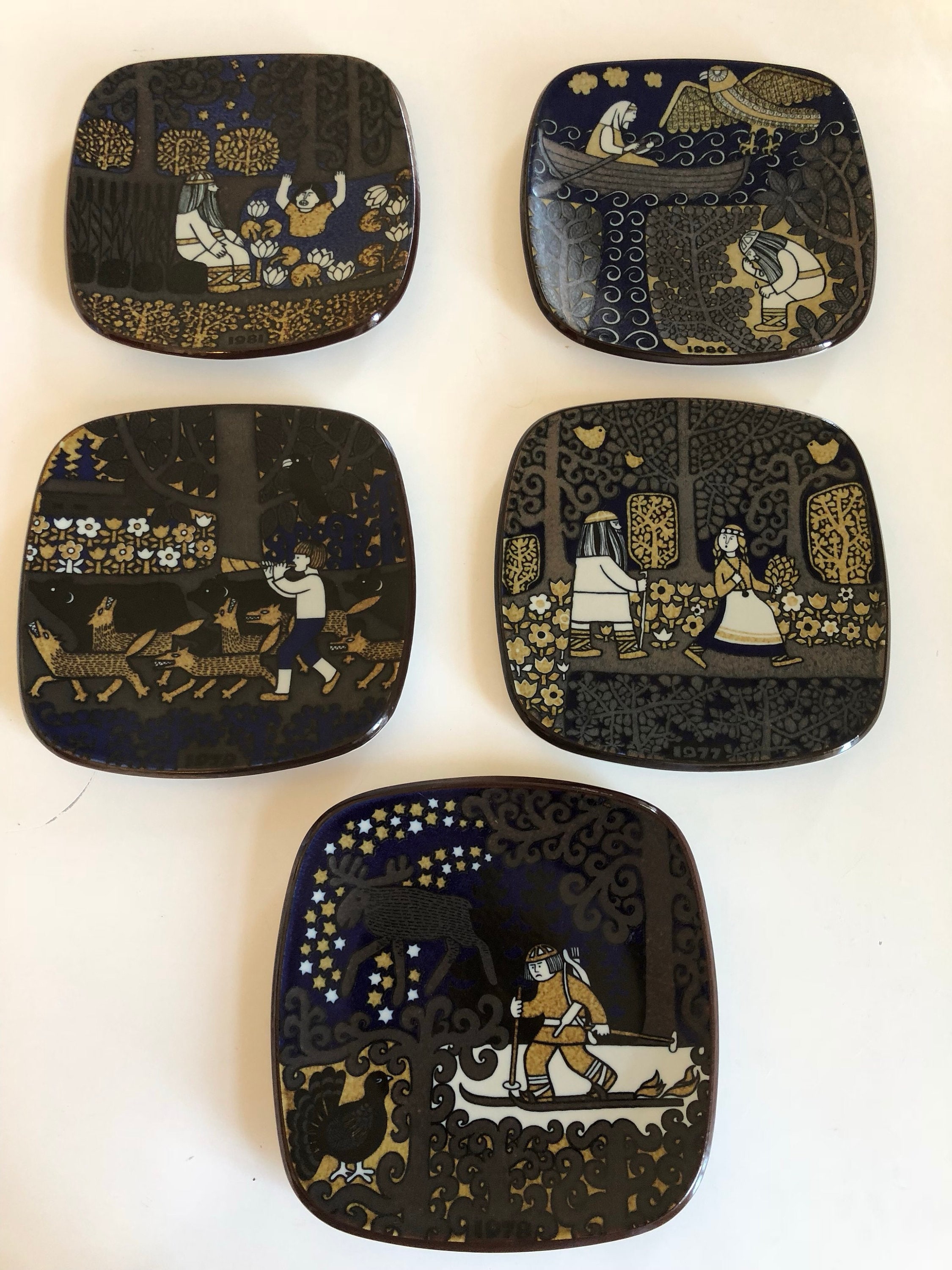 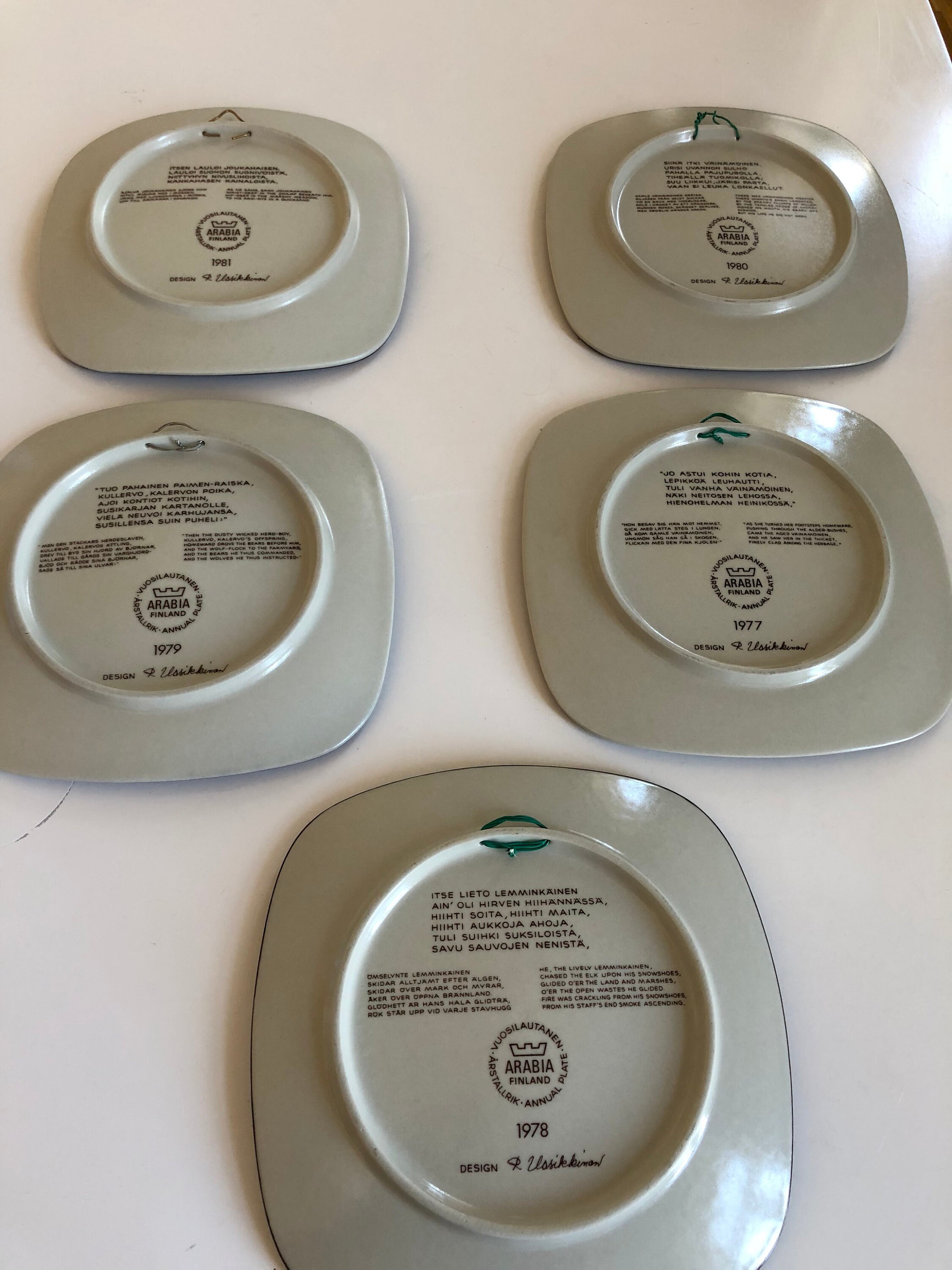 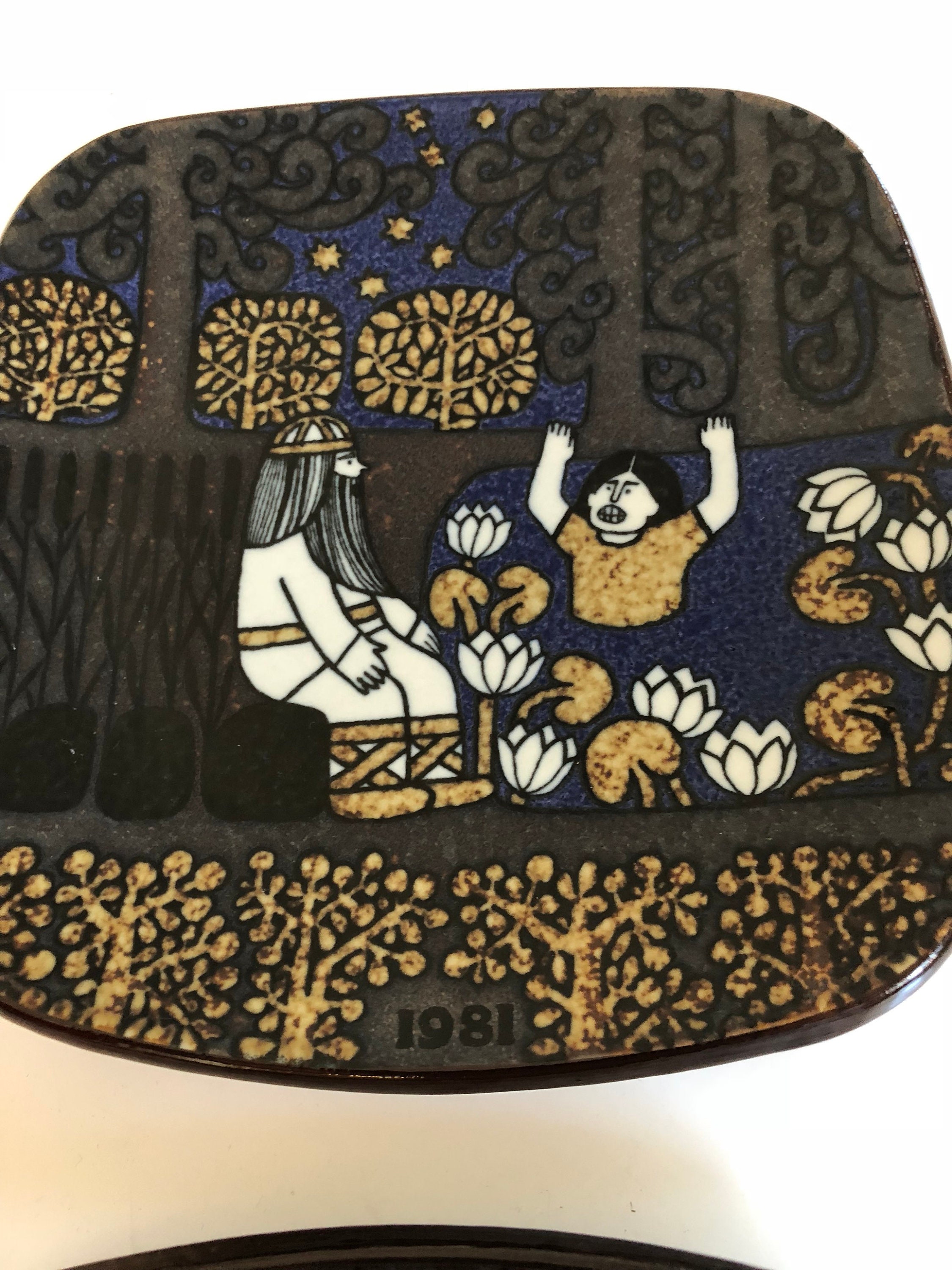 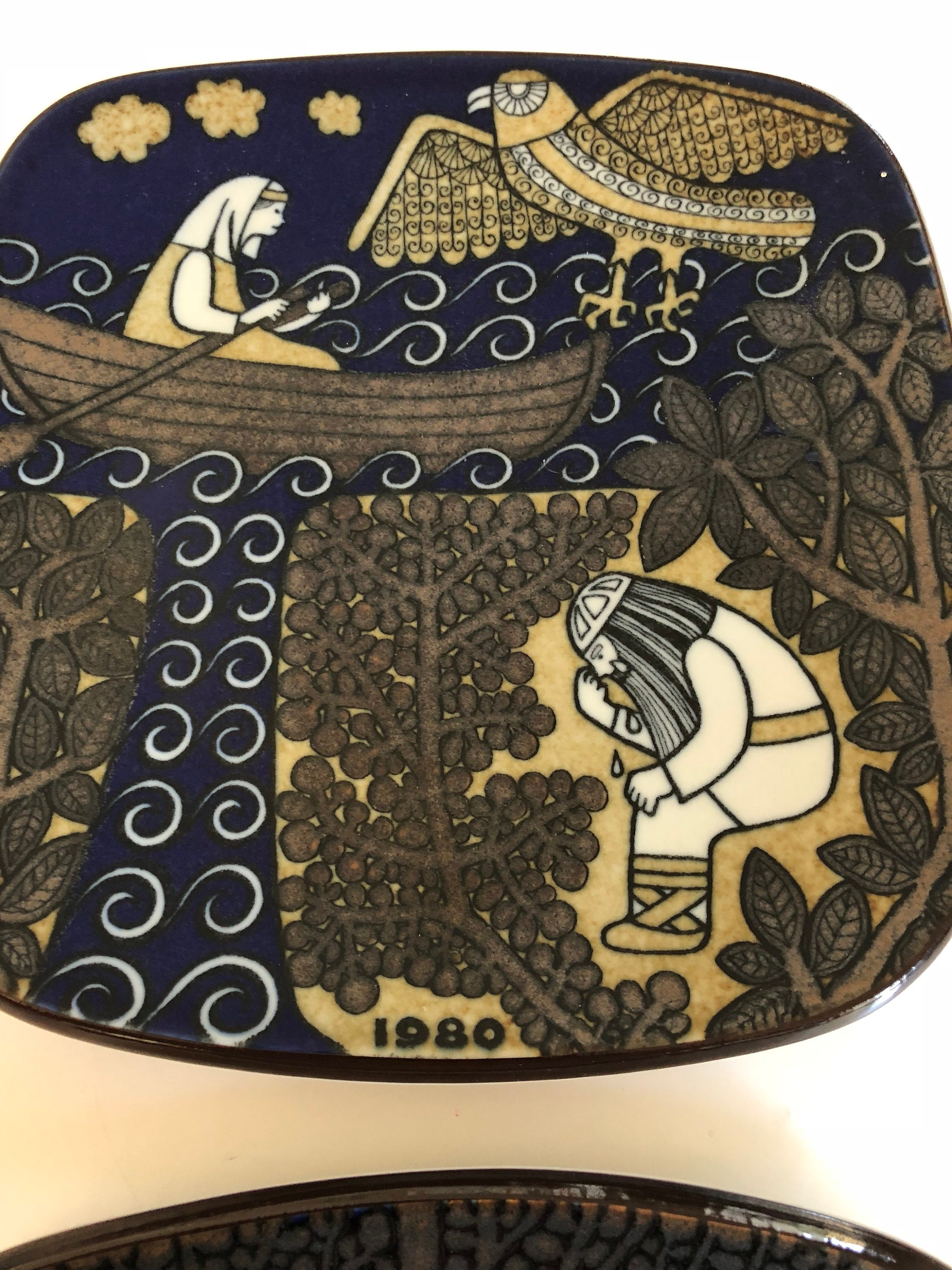 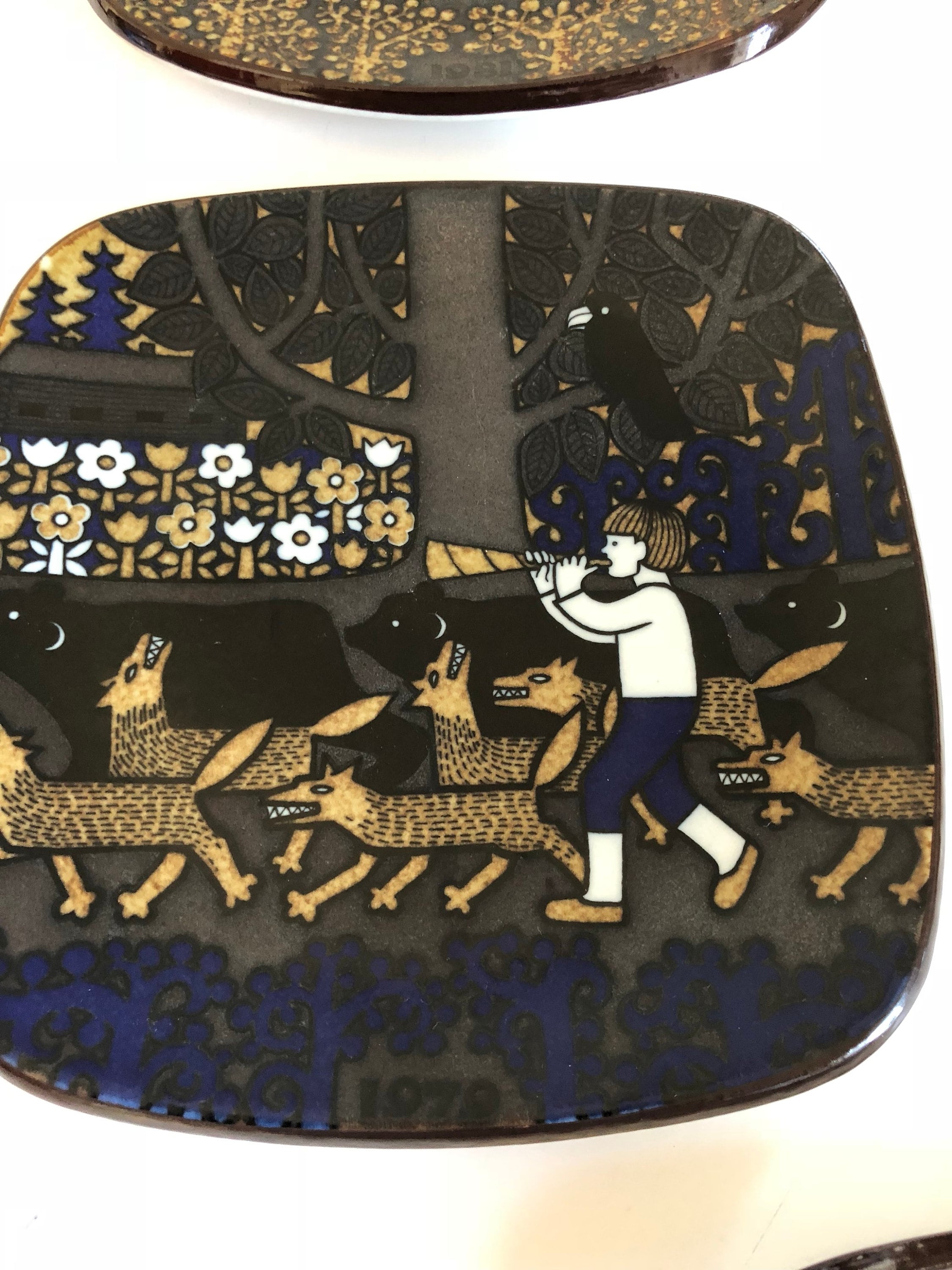 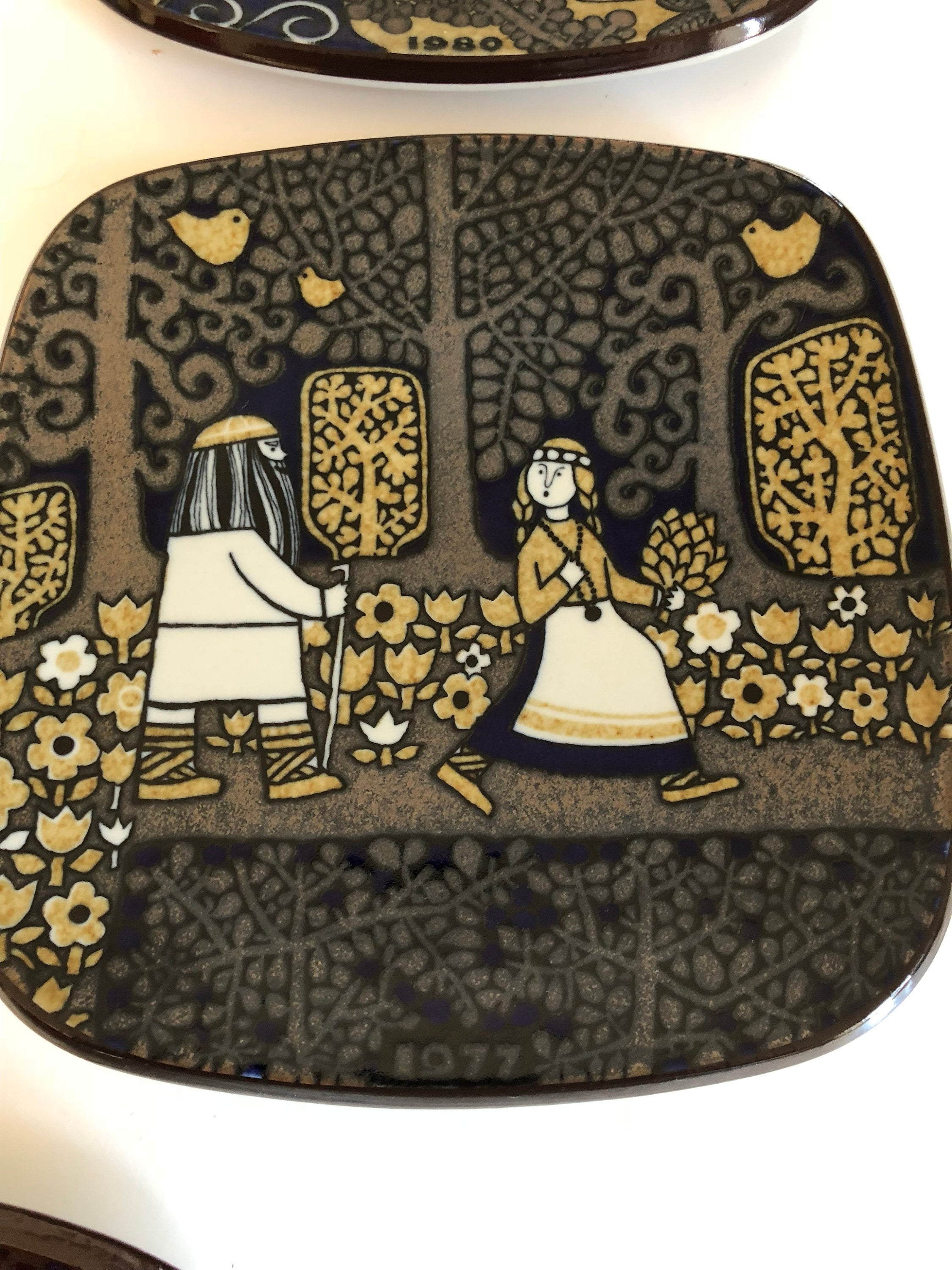 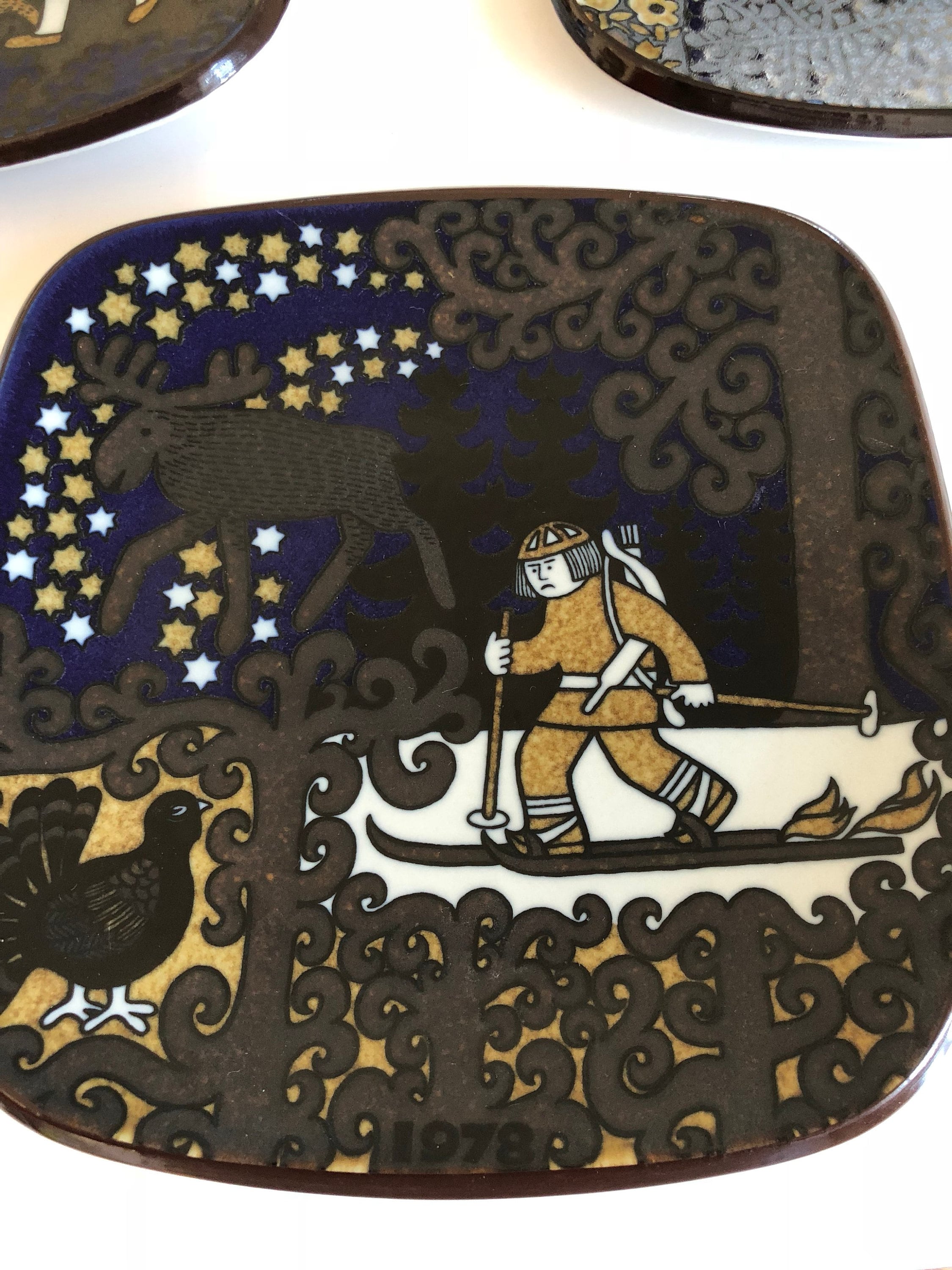 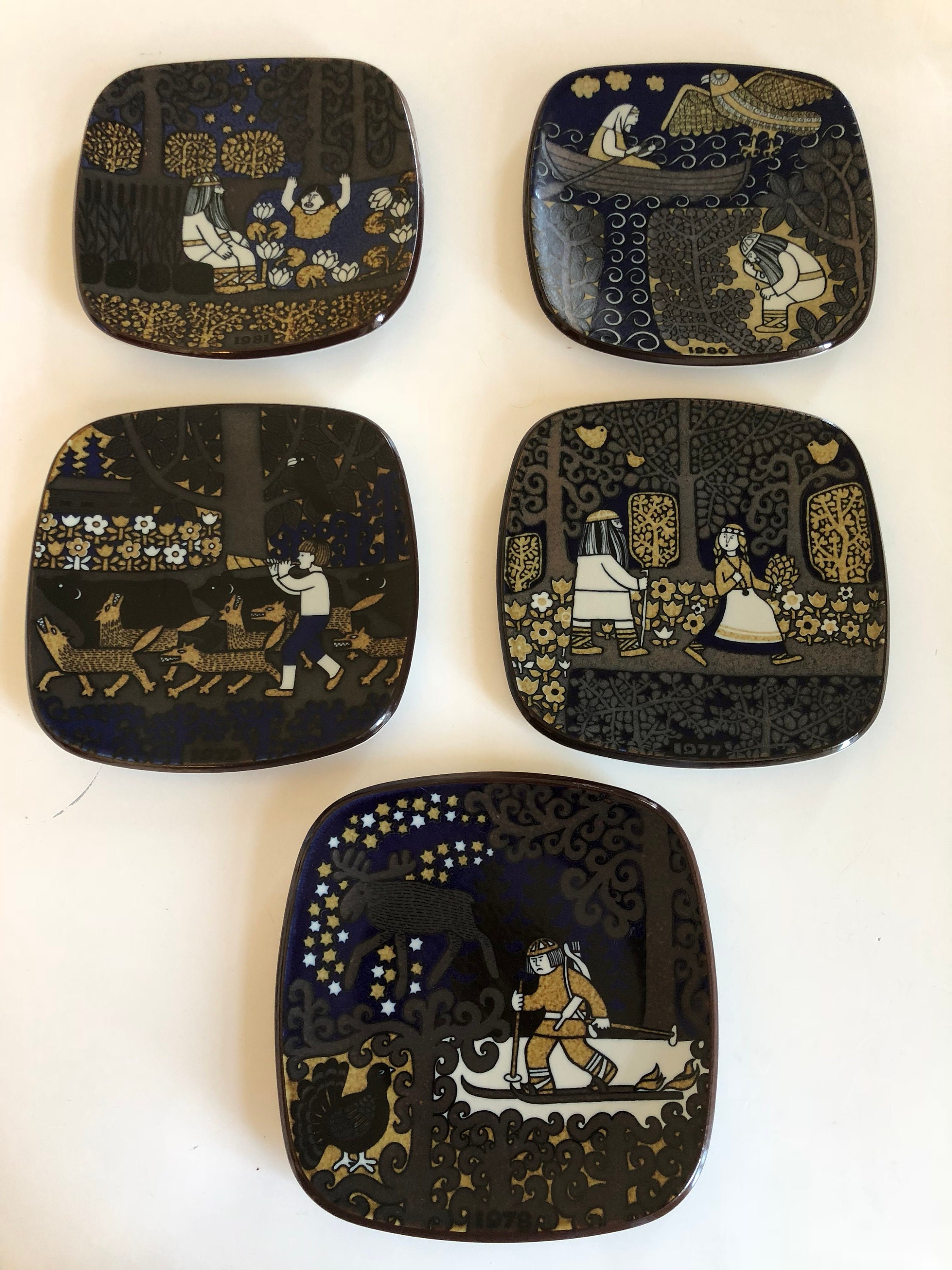 This is a collection of Arabia commemorative plates from 1977 - 1981 in the Kalevala series by Raija Uosikkinen. They are sold separately, the price is for one plate but I am happy to combine shipping.

The KALEVALA annual plates have been in production by Arabia since 1976 and continued for 24 years, until 1999. Each year, a different plate was launched in a limited edition. The illustrations are designed by Raija Uosikkinen and commemorate the Kalevala legend, the national epic of Finland. On the back of the plates a section of the Kalevala in English, Finnish and Swedish is shown.

Ship items back to me within: 21 days of delivery

I don't accept exchanges or cancellations

But please contact me if you have any problems with your order.

The following items can't be returned or exchanged

Because of the nature of these items, unless they arrive damaged or defective, I can't accept returns for:

What shipping options are there?

All items are shipped with Post Nord and sent standard mail if they are under 2kg. If you would like insurance and a tracking number for your package you must purchase one at the checkout. I am not responsible for late or missing packages without tracking numbers.

I am happy to combine shipping and will refund any shipping overages directly.

Please note if your package is delayed it can be for a number of reasons with the postoffices in contact with the package. See the guidelines below from when the post office considers an item officially "lost".

If there is ever a problem with your item please contact me within 14 days and I will try my best to fix it.

0 items in your cart